The Planning Board was established to ensure integrated management of the principal reservoirs of the Ottawa River Basin: 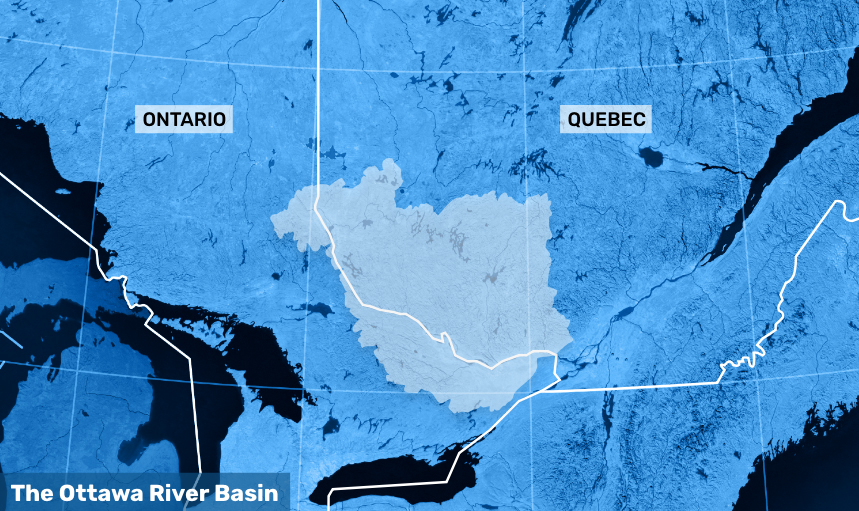 Levels and flows at most locations on the main stem of the Ottawa River are below normal for this time of the year and are expected to remain fairly stable over the coming week.

With earlier than normal snowmelt over all of the basin and reduced risk of flooding due to little precipitation in April, most runoff from northern areas was stored in the principal reservoirs, resulting in no second peak on the main stem of the Ottawa River.  A second peak often occurs when snowmelt runoff water from the northern portion of the basin flows down the main stem of the Ottawa River.  Reservoirs were filled several weeks ahead of normal given the early spring and reduced risk of flooding.  Despite receiving little precipitation this spring, most reservoirs are close to their target summer recreational levels.

Find out about other highlights of the 2021 spring freshet in the bulletin below.

Freshet occurred early this year.  At the end of February, the snow water content was close to average in most